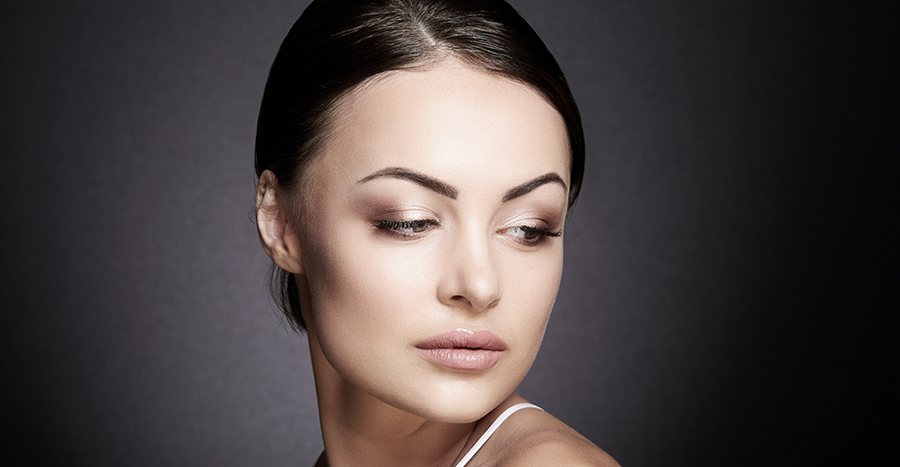 As we age, the skin and soft tissues of our brows and forehead tend to drop, sometimes giving a tired, droopy look to the upper third of the face. Occasionally, low-set brows may impart an “angry” appearance to the upper face in younger patients. Brow lift, or forehead lift, can be performed as part of a facelift, or as a separate surgery. There are several common techniques for raising the brows, some of which involve rather long incisions. The endoscopic technique, commonly used by San Diego facial plastic surgeon Dr. Roy David, involves several short incisions which are made posterior to the hairline, and usually heals rapidly with no obvious scars. Results are natural appearing and considered permanent.

Patient was concerned about tired look of upper face and eyes. Note how elevation of brows imparts a more youthful, alert appearance.

Good candidates for endoscopic brow lift include patients with average hairlines and good hair density in the forehead and temple regions. Occasionally, it can be hard for patients to determine if they should consider a brow lift, upper eyelid surgery, or both. Generally, a brow lift is indicated when the brows are falling below the superior orbital rim: this is the “shelf” of bone over your eye socket. In women, attractive brows may lie slightly above the superior orbital rim, especially laterally or toward the outer edge of the eyebrow.

The surgical technique for endoscopic brow lift is generally performed with intravenous or general anesthesia and may take approximately one hour to complete. Three small vertical incisions measuring approximately two centimeters are made posterior to the frontal hairline, and two additional curved incisions are made in each temple region, again inside the hairline. The skin and muscles of the forehead are then lifted away from the underlying bone with special instruments. An endoscope, or thin telescope attached to a video camera, enables the surgeon to visualize the entire forehead region through these small incisions.

Once the forehead tissues have been separated from the bone, they are lifted, along with the brows, to more aesthetically pleasing position and secured in position. The “frown” muscles or corrugator muscles between the eyebrows are often cut by the surgeon at this point to allow better brow elevation, and also to decrease the frown lines that are often treated with botox.

*This patient complained of heaviness of the lateral brows,
which were drooping below the orbital rim.
View More Photos

*Recovery from endoscopic brow lift is generally rapid, with patients resuming activities within one to two weeks. There may be some swelling and rarely bruising in the eyelid region.

Not all patients are good candidates for endoscopic brow lift, and our San Diego practice employs other techniques in these instances. Examples include bald patients, patients with excessively high foreheads or receding hairlines, and patients with very deep prominent horizontal forehead creases. In these cases other options may be discussed including mid-forehead lift, direct brow lift, coronal, or trichophytic brow lift. Occasionally these involve longer incisions and slightly longer recovery times. Please contact our La Jolla office for more information!