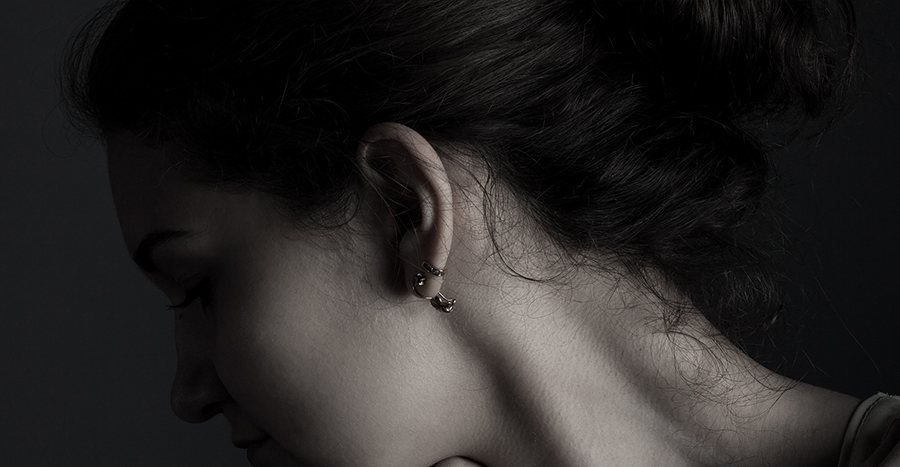 Few surgical procedures are as gratifying as otoplasty, or ear reshaping surgery, also called ear-pinning. Around age five or six, children become aware of their prominent ears, and are typically teased at school by their peers, subjected to nicknames such as “Dumbo” or “Mickey Mouse.” Otoplasty is almost always successful in correcting this deformity, and has a positive impact on children as well as parents.

Click here for a case study on otoplasty in a child.

*The effects of ear reshaping surgery on a child’s self image are generally immediate. For this reason, is it best to perform the surgery early, around age five or six, before the child becomes overly aware and self-conscious, possibly suffering long term self-esteem impact. Another benefit to early surgery is increased pliability of the cartilages, generally allowing a very smooth contour to the ears.

*In many cases, adult patients seek otoplasty surgery. Often, these patients have been bothered by their ears for many years, but the timing was just never right.  In some cases, ear pinning is often combined with other facial plastic surgery procedures in our San Diego practice, such as rhinoplasty or face lift surgery. One benefit to performing ear reshaping surgery in adults is that the procedure is easily tolerated with only oral sedation or mild IV sedation, whereas small children may require a general anesthetic. 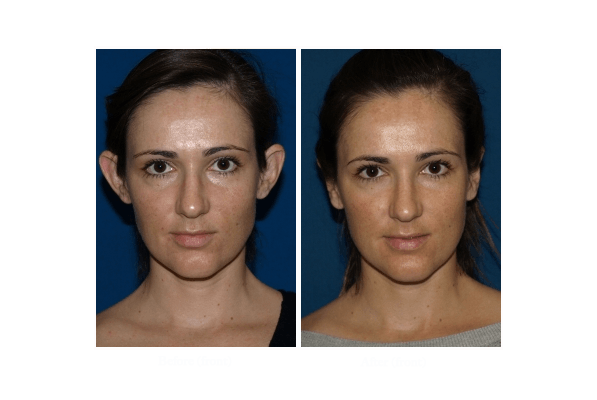 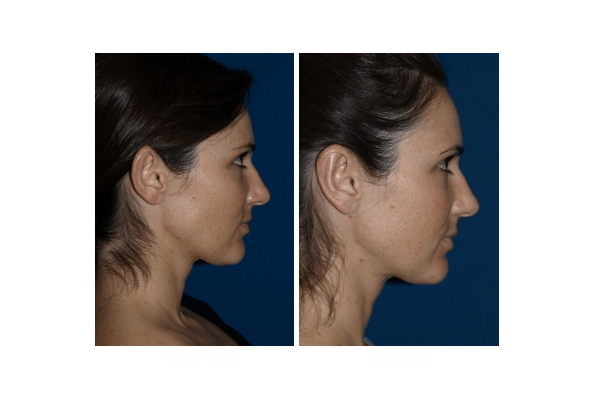 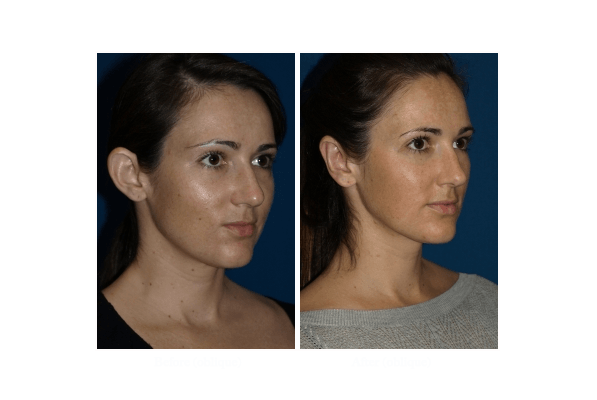 View More Photos
Otoplasty or ear reshaping surgery is commonly performed on an outpatient basis in our fully staffed and AAAHC certified private office in La Jolla, or in the outpatient surgery facility of one of our nearby hospitals.

The surgical procedure involves making an incision in the posterior sulcus of the ear (the groove between the back of the ear and the scalp). A variable amount of skin is removed, allowing access to the cartilage of the ear. This ear cartilage is then sculpted using a scalpel as well as sutures to reshape the ear as well as reposition the ear closer to the scalp. The final scar from the incision is very well hidden and can be virtually impossible to find.

*Following ear reshaping surgery in our San Diego office, patients are wrapped in dressing for one night and are allowed to return home. They return the following morning, at which time the dressing is removed and replaced with a tennis headband, which is worn for one to two weeks. The head band can be removed as needed for cleaning or showering, and may be worn only at night to allow a quick return to work or play. Sutures dissolve or are removed in one week, and the ears are usually very presentable at this point with minimal swelling. Final results are generally apparent in 2-4 weeks and are permanent. 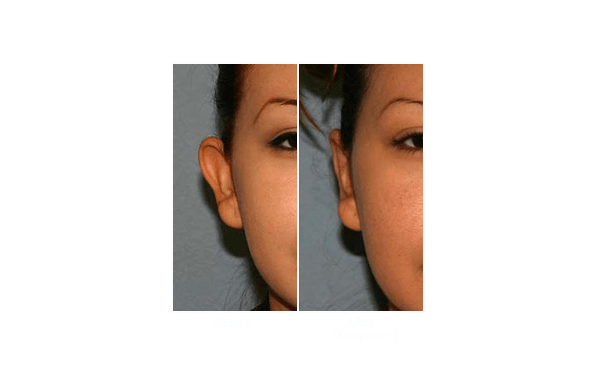 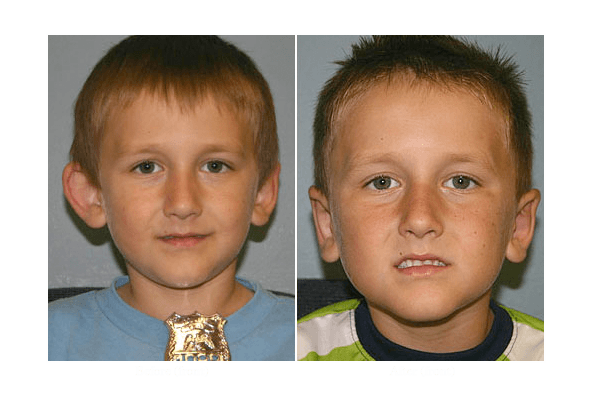 This patient was brought in by his parents who noticed that other children at school were making fun and picking on him due to the shape of his ears, calling him “Dumbo.” The teasing had only recently started but he was already starting to feel self-conscious, and his parents did not want this to get worse. They mentioned that an older sibling had previously undergone surgery to correct a similar condition.

On examination, this patient has prominent ears on both sides, the right being more than the left.

Prominauris, also known as “lop-ear” deformity, affects approximately five percent of the population, and appears to be genetic in origin. There are several physical components to this condition:

First and foremost, the antihelical fold of the ear (that second bend in the cartilage as you move your finger from the outside inward) fails to form completely. Secondly, there may be too much cartilage in the center portion of ear. Finally, the angle between the ear and the rest of the scalp may be abnormally large. The result is usually an ear that extends more than two centimeters from the scalp, or forms an angle more than 35 degrees from the scalp.

Otoplasty, or ear-pinning, is a procedure done to correct the condition of prominauris, or “prominent ears.” The surgery typically takes one to one and a half hours. It is performed through an incision in the crease behind the ear. Permanent sutures are placed in key locations to re-create the natural bend of the ear in the antihelix. Excess cartilage may be trimmed from the conchal bowl, or center portion of the ear. Additional sutures may then be placed to re-create the natural angle between the ear and the scalp. The patient will generally go home after the procedure, which may be done in the office (for adults) or in the outpatient surgery suite (for children).

*Recovery time is one to two weeks, during which time the patient wears a headband to protect the ears. This patient reported that the teasing stopped immediately after surgery.